Swiss cities among the safest destinations you can visit

Europe is still the most peaceful geographic region in the world according to the GPI (Global Peace Index), claiming eight out of the top 11 places. Iceland remains at the top of the global ranking, followed by Portugal, which has made the biggest improvement in the region. Switzerland ranks ninth and has continuously ranked top ten over the last decade.

Among cities of the word, Switzerland’s are the safest destinations you can visit. Nowadays the biggest concern for travelers is whether or not the destination they have selected will be safe to visit. Safety where you travel is the key to an enjoyable vacation. Minor incidents such as having your pockets picked could ruin your entire vacation!  Depending where you travel you will have to be aware of a number of security concerns as a traveler – not so in Switzerland!

Using data from Numbeo the main 4 Swiss cities (Zurich, Berne, Geneva and Basel) rank top 50. If you would like to spend a nice and stress free vacation then Switzerland is your choice:

Basel is the 3rd safest city to visit in the world and one of the gateways to Switzerland. The city with approx. 180,000 inhabitants has a beautiful Old Town with 2000 years of history, architecture and culture in general. Situated on the River Rhine and greatly integrated with is neighbors Germany and France, Basel is a great city for a visit. The Euro Airport is at only 15 minutes from downtown Basel offering many connections within Europe. Or arrive by River Cruise from Amsterdam or by train from anywhere in Europe. Read more about Basel in our vacation guide to see what this city has to offer. 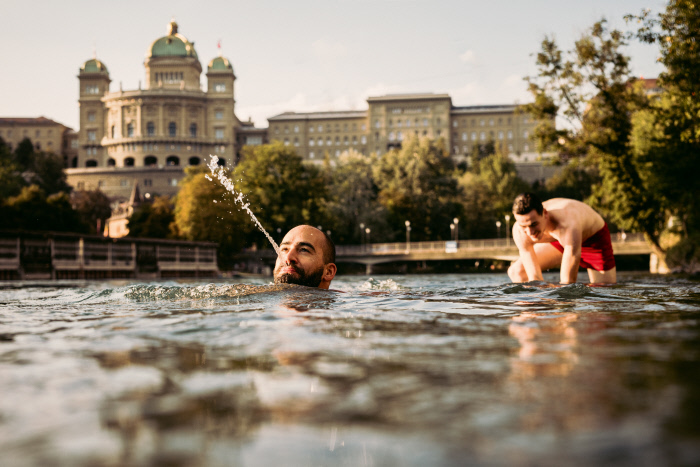 Berne is the Capital and in the center of Switzerland. It is easy to get to from anywhere in Switzerland and it is safe! Berne ranks #9 with its 81.53 safety index. Berne dates from 1191 and was built around the Aare River. Its UNESCO protected Old Town stands out as one of the best preserved in Europe. Under the arcades it is even great to visit on a rainy day! Other attractions include the new bear park and Zentrum Paul Klee. Berne is in close proximity of some of the most famous mountains in Switzerland. To learn more about Berne and what it has to offer you in our vacation guide. 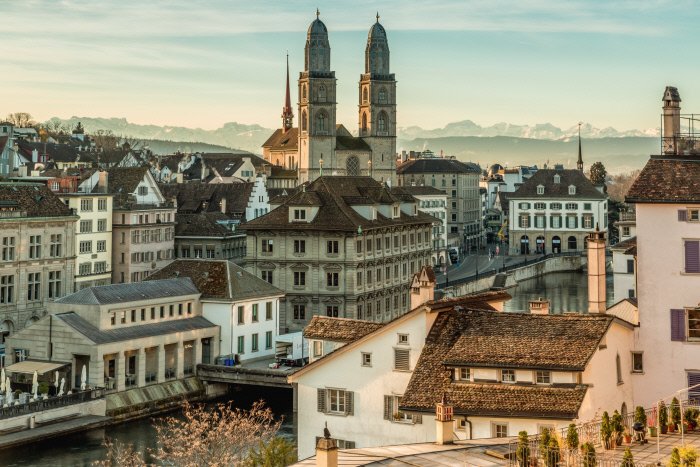 Zurich is among the cities with the highest living standard for years and with its 81.33 safety index it is also one of the safest. The city along the River Limmat and on Lake Zurich is the largest and hippest Swiss City. The international airport in Kloten, its location in Central Switzerland and near the Alps makes it the perfect city to arrive in Switzerland. It is close to mountain and lake adventures and it has one of the busiest shopping streets in the world, the Bahnhofstrasse. It is considered the intellectual capital of Switzerland and follows trends associated with younger generations. Read more about Zurich in our vacation guide. 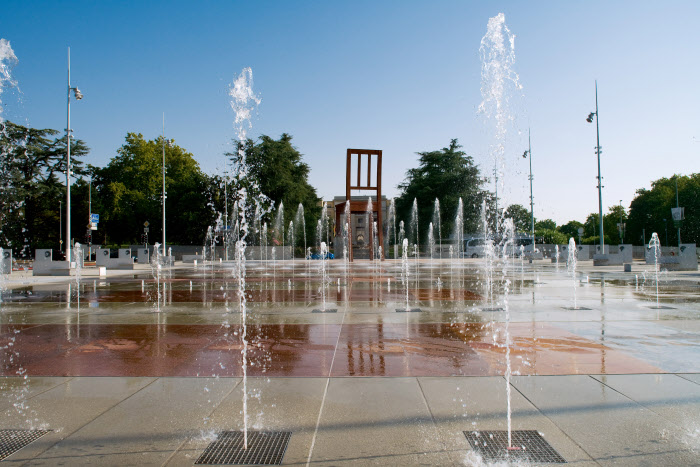 Geneva lies in the west of Switzerland and borders with the Savoie region of France. The city lies on the southern end of Lake Geneva near the hilly terrain of Alpine peaks and vineyards. It attracts much international interest and diversity. Geneva is a paradise for luxury shoppers with high-end accommodations and among the world’s top three cities offering the highest quality of life. The city upholds its reputation as the world’s capital of peace hosting up 3,500 yearly events adding cosmopolitan flair. Read more about Geneva in our destination guide.