The Loetschberger Regio Express Train is a special train as it travels over the old Loetschberg mountain route via Kandersteg. The connection between Spiez on Lake Thun and Brig in the Valais is now significantly shorter after the opening of the Loetschberg base tunnel. The Loetschberger Switzerland, which you can also start in Berne, is the more picturesque train through the Swiss Alps. The train from Spiez to Brig takes 70 minutes.

In Frutigen the Loetschberger Regio Express Train leaves the new rail tracks in Frutigen to avoid the 34.6 km fast tunnel which now unites the canton of Berne with the canton of Valais. It passes along several loops and a few short tunnels up until it reaches Kandersteg.  Here in Kandersteg, you will also find beautiful Oeschinensee and many hiking paths along the rail tour in Switzerland. From Kandersteg, the train takes a 14.6 km tunnel traversing the Bernese Alps to Goppenstein, the gateway to the Loetschen Valley. The rest is on a ramp down to the base of the valley, along with this almost 100-year-old Loetschberg railway line.

The Centovalli Railway leaves the trains through the Swiss Alps behind and connects Locarno with Domodossola, Italy. Centovalli means “A thousand valleys” and offers pristine views of valleys with gushing waterfalls, vineyards, and chestnut trees growing on the foot of the mountains. This scenic train through the Centovalli Valley is a meter-gauge train and does not require a seat reservation. Only a few trains per day are circulating. In Domodossola travelers connect with trains to either Brig or Milan.

This rather slow Centovalli Railway passes through unspoiled nature, high bridges and and a few tunnels. It is a natural way to connect the Southern canton of Ticino with the Valais region and its tourist resorts of Zermatt, Saas Fee and Crans Montana. The train from Locarno to Domodossola takes just shy of 2 hours and about 40 minutes more to Brig. 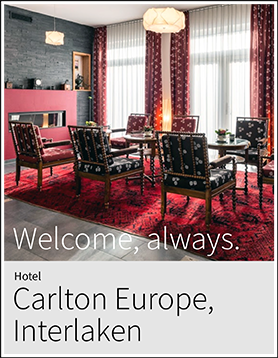