Our Swiss travel consultants know Switzerland intimately either from being raised in this country or having visited many times. We are all Switzerland Travel Experts and are here to assist you in preparing the perfect tour itinerary from arrival to departure.

Karen Bianchi
Karen was born and raised in Zurich. She has been working in the tourism industry and promoting Switzerland as a travel destination ever since she started her career after graduating in hospitality at SSTH, Swiss School of Tourism and Hospitality. As a tourism professional and hospitality school graduate Karen has extensive experience in customer service and is comfortable speaking in (Swiss) German, Italian, English, French and Spanish. During the many years working for Switzerland Tourism, at their headquarters in Zurich and abroad, she has continuously enhanced her knowledge about Switzerland and tourism marketing. As a passionate traveler Karen has visited many destinations worldwide, and has been living abroad several times.

Lisa Scherer
As an enthusiastic traveler, Lisa explored many countries in East and Southeast Asia. She was was born and raised in Zurich and knows Switzerland from extensive travels throughout the country. Since being trained as a Switzerland Travel Expert, Lisa has been working as a remote Switzerland travel consultant out of her second home country Japan. She is happy to share her passion for traveling with our clients and to help them organize their perfect vacation.

Sombatua Sihotang
Sombatua was born and raised in Jakarta, Indonesia. His political degree and German language skills brought him first to work at the German Embassy and then at the Embassy of Switzerland in Indonesia, where he also worked for Switzerland Tourism for 2 years as the Marketing Representative in Indonesia. This experience allowed him to learn a lot about Switzerland as a tourism destination and to become a Switzerland Travel Expert. He also has extensive experience in communication and marketing and has been enhancing his sales knowledge ever since he started working for Magic Switzerland.

Veronica Reyes
Veronica is a Swiss travel agency consultant who's passionate about tourism. She is also a professional tourist guide in her native country of Guatemala and enjoys to know people from all over the world. She decided to move to Europe at a young age and this gave her a new vision of the world. Excited about new cultures, traditions and countries, Veronica specializes nowadays in tourism and customer service. She has excellent people skills and is comfortable communicating in English, German and Spanish.

Pepe Strub
Pepe Strub is a Swiss travel agency specialist for travel to Switzerland and Central America. Originally from Basel, Switzerland he first visited Central America in 1992. He found the natural beauty of Costa Rica enchanting and decided to move there to combine the riches of Costa Rica with the possibilities of Internet.
Prior to moving to Costa Rica, Mr. Strub was employed by several Swiss companies focusing on sales and marketing. His expertise includes tourism, banking, manufacturing and trade, and communications. His fluency in four languages has contributed to his success in arranging travel for clients from all over the world.

Carmen Metcalf
Born and raised in Switzerland, Carmen is a swiss travel consultant by trade. She studied tourism in Aarau, Switzerland and graduated with honors. After her studies, she moved to New York in 1989 and was working as a tour guide for Suntrek throughout the entire United States. In 1991 she began working for a tour operator specializing in Switzerland and South Africa, creating customized vacations to both countries ever since.
Carmen never left the US and got married, had children and eventually moved to North Carolina in 2003. Besides Europe and South Africa, Carmen has extensive 'first hand' knowledge by traveling to many destinations around the world, including Japan, Mexico, Kenya and Canada. She is comfortable communicating in many languages, including English, German, French and Spanish. 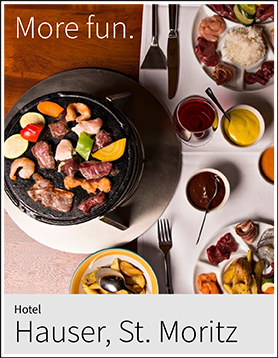