The Gornergrat excursion is a mere 33-minute train ride from the charming village of Zermatt. Visitors have the opportunity to dine at the Monte Rosa Restaurant on the summit of the mountain, as well as getting off the train to sightsee at any of the four stops on the way up to the peak from Zermatt. The Gornergrat is boasted as being one of the best mountains in Switzerland for hiking, and even offers a “360˚ loop”, which is stroller and wheelchair accessible.

Excursion to The Gornergrat

Holders of a Swiss Travel Pass benefit from a 50% discount when booking the Gornergrat Excursion.

All Gornergrat excursion trains leave from Zermatt opposite of the train station. Whether you are coming from Montreux, Interlaken, or a neighboring village, you will go through Zermatt to board the cog-wheel train to Gornergrat. The cog-wheel train leaves from the station every 24 minutes during high-season.

The minimum time to visit The Gornergrat is 2.5 hours including round-trip transportation from Zermatt. The cog-wheel train takes approximately 33-minutes from Zermatt to the summit of the Gornergrat. The return journey, via the same route, takes about the same amount of time. We recommend to spend a minimum of one-hour at the top, enjoying the views, sharing a meal, exploring a hiking path, photographing the spectacular views, etc.

Operates year-round, from Zermatt. Trains run every 24-minutes in the high season and dwindle down to one train per hour in low season.

Make sure to keep up with the weather and dress in layers. Note that it can be windy. Make sure to bring a wind breaker and be prepared for sudden change of weather. Bring sun glasses, a hat and gloves in the winter. Good walking shoes recommended. 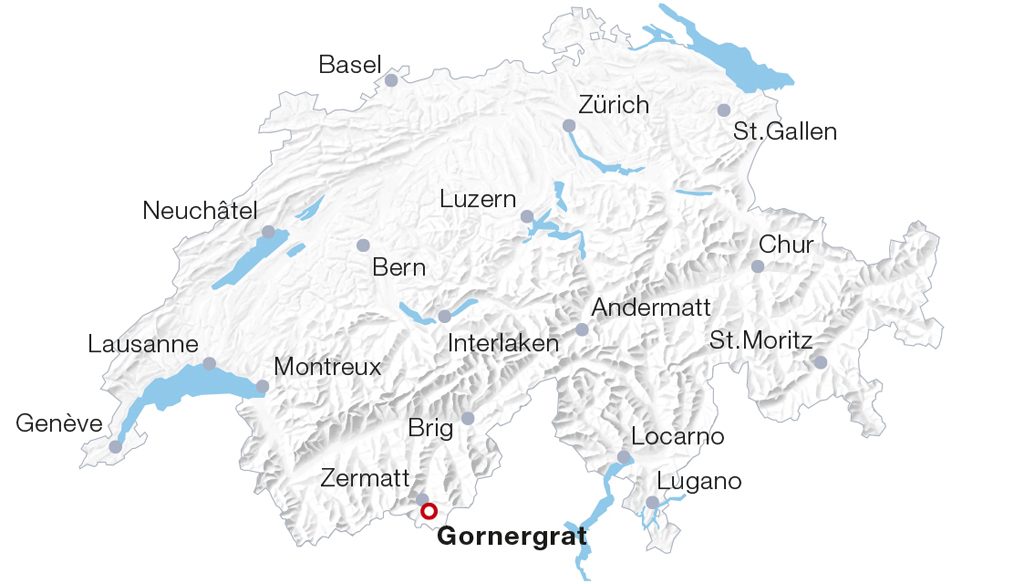 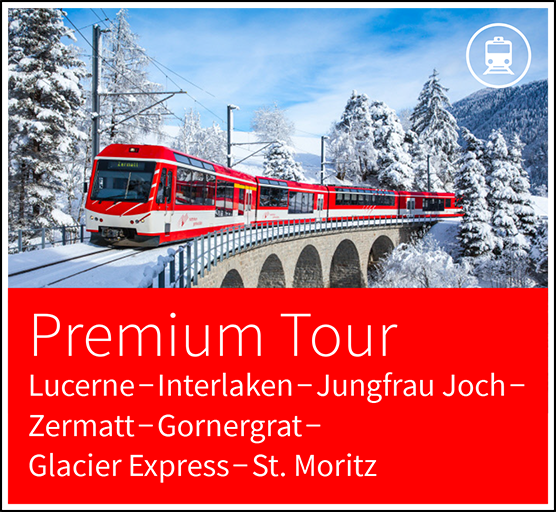 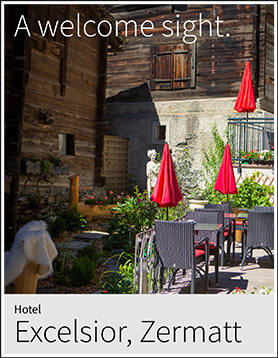 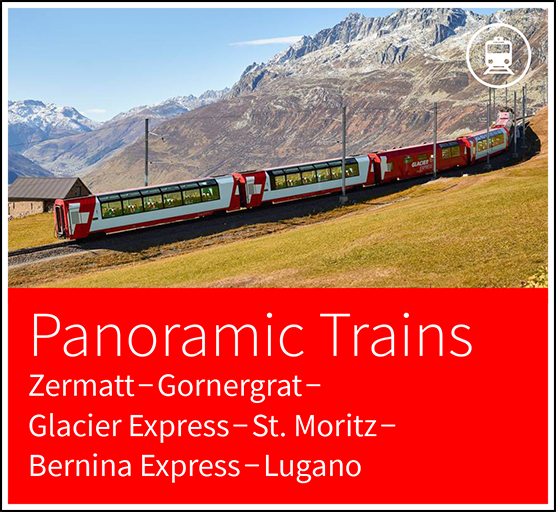